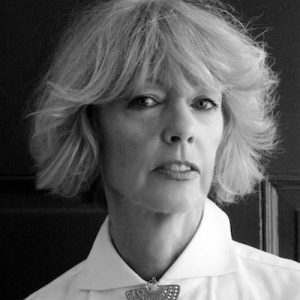 My career spans media, domains and disciplines – from broadcast schedules to science websites, from fundraising to research, from management to strategy.

I am a curator and a producer with programmatic breadth and a hint of conceptual rigor and courage.

The space in which I work is between the idea and the audience.

For some reason, I work well at the edge of change and technology. I like experimenting with new storytelling formats and digital platforms. I like figuring out new ways to reach and engage audiences.

Long ago, as a student in Paris I had the unlikely role of explaining to the French press what dancer/choreographer, Merce Cunningham, was doing in his first video/dance workshop in Europe. He had dancers behind the camera and the camera operators in front – each seeing through the eyes of the other. The results, both on screen and off, were transformative.

I was trained as a cultural and social historian. It shaped my view of the world, gave me additional ways of analyzing issues and situations. My early heroes were Marc Bloch and Eric Foner.

In a search for the new, the next, there should always be an openness to the past, what once was. We can “stretch the world” not only by imagining what can be, but also by understanding what came before.

Rolled up sleeves and big picture. I play many roles as needed: producer, fundraiser, impresario, curator of curators, programmer, strategist – executive in charge and team player.

Working with creative, daring, talented people, who believe in what they are doing, who collaborate, who have a diversity of perspectives, who think locally and globally, is a pleasure I have known and continue to seek out.