Public television station KCET was the PBS affiliate in Los Angeles. Its signal reached 18 million people – from Santa Barbara to San Diego out to Palm Springs. KCET was also a producer of national series and specials.

For ten years I was the Director of Broadcasting / Program Director responsible for programming the station, which meant customizing the PBS schedule for the diverse, sprawling southern California audience. I also oversaw acquisitions, broadcast operations, on air fundraising and promotion.

Then, our CEO asked me to create and head the New Media Department.

“Figure out what we, a public service broadcaster, should be doing with the internet,” he said. “You curated us on-air, now curate us online.”

In my eight years as VP/SVP New Media, we produced over 30 companion websites for TV series on PBS from news to the arts as well as locally focused web original series. 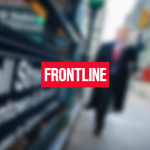 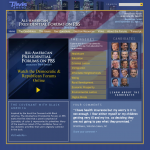 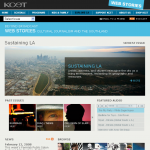 Programming the TV station, scheduling and curating 365 days a year meant looking at flow, what program followed the other, trying to hold some reasonable percentage of viewers across a break. It meant maximizing audience and revenue, working the stats, Nielsen ratings.

Curating meant being aware of the stories we were telling, how they were told, who told them, and for whom they were intended. Curating meant words like fairness and inclusion, local and international. From “Sesame Street” and “Frontline” to acquisitions like “Maria Candelaria” and “Out of Tuesday.”

And then the world would intervene — the LA Riots, the Northridge earthquake, the first Gulf War, the AIDS crisis

— and the random 4:00 am phone call from master control because of a missed feed.

At any given moment, KCET’s new media staff was developing new websites, maintaining at least four daily-updating sites, and keeping apace with rapidly changing technology. We were a small and nimble group.

On our websites, I was the executive producer. I set budgets and raised money, hired design firms, writers and producers. I created the content outlines and worked closely with our various TV partners, including the BBC, WIRED Magazine, National Geographic, and PBS. Ultimately, I was responsible for bringing in our projects on time and on budget, while keeping our editorial and design standards high.

As Senior Vice President, New Media, I was also responsible for the integration of new digital practices across KCET, a large traditional media company, signatory to many union and guild agreements – in the midst of serious digital disruption in the Industry.