In 2013 I reached out to the Senior Editor at Fronteras Desk, a public media Local Journalism Center (LJC) based in Phoenix and San Diego – with a proposal designed to address a potentially serious funding problem facing LJCs across the country.

Fronteras: The Changing America Desk is a collaboration of seven public radio stations from Texas to California focusing on the US/Mexico border, immigration and demographics. It is one of several public media LJCs in the U.S. that share a unique, collaborative news production model that provides informed, in-depth coverage of regional issues with national resonance. Funding from the Corporation for Public Broadcasting (CPB), the key funder for this initiative, was scheduled to end in a little over a year. 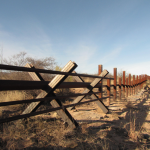 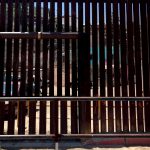 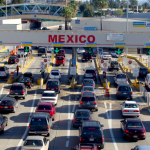 My proposal was to create the “Fronteras Desk Video Project.” The purpose: 1) to address the growing need for high quality, locally-informed video journalism, 2) to increase opportunities for revenue diversity, 3) to enable further collaboration with public & commercial television (locally & nationally; on air, web & mobile) and, 4) to give the original funder, CPB, a reason to continue its support of a promising new way of reporting.

One day after presenting my proposal, I was hired. In a little over two months, Alisa Barba (Fronteras Senior Editor) and I had together written the proposal and submitted it to CPB.

The news media context at this time was continued churn with revenue declines for legacy media, shrinking newsrooms, and signs of decreased NPR total listenership alongside a significant rise in online news consumption. Print news media was boosting its video initiatives and a new player, VICE, had just signed an eye-catching output deal with HBO. Hispanic TV and digital audience growth continued, of particular relevance to Fronteras Desk with its cross border focus.

CPB’s response to our proposal was immediate and positive: “Expand its scope. Include additional LJCs from across the country.”

The final proposal was a four LJC partnership with each Local Journalism Center serving as a prototype for different approaches to video production, partnerships and sustainability models.

The original funding amount requested was increased by a factor of 5. The revised proposal to support the development of the “Public Radio Video Project” was accepted — and funded.