Producing the US television premiere of the Wim Wenders documentary on PBS, its website - and other stories.

“Buena Vista Social Club” is director Wim Wenders’ acclaimed Academy Award nominated documentary. It tells the story of a forgotten generation of Cuban musicians in a series of intimate interviews and exultant concert performances. Two years earlier these musicians had come together with Ry Cooder and Juan de Marcos González to record the GRAMMY-winning album named after the old Havana members club.

I attended an early screening in LA of “Buena Vista Social Club.” Wim Wenders was there to present the film. Afterwards I went up to him, and as KCET director of program development, asked him if there was the possibility of making a performance film for PBS based on the Amsterdam concert footage. He responded with something like, “Don’t you want my documentary?” Of course I said, “yes.” I hadn’t dared to ask. 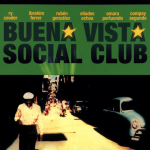 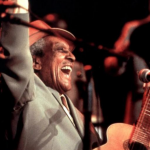 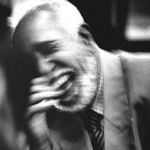 I was the executive in charge of worrying about rights, financing, HD post production, politics, and the website for the broadcast premiere of the Wenders documentary on PBS, July 19, 2000.

Contemporaneous context: While we were preparing for the broadcast, the political relations between Cuba and the US became particularly heated. In November 1999 a young boy, named Elián González, with his mother and her boyfriend attempted to leave Cuba for the US. Elián’s mother drowned. A heated international custody and immigration controversy erupted over whether the boy should stay in Miami with his maternal family or return to his father in Cuba. It wasn’t until June 28, 2000, seven months later, after the Supreme Court declined to review the decision of a lower court ruling in favor of the father, that Elián was able to return to Cuba.

In addition to the pleasure of working with the incredibly helpful Nonesuch, the record label for the Buena Vista album, and a year spent immersed in the music, there was the making of the website for PBS.org. It was my first.

I produced, acquired and wrote content for the site, which included: video and audio excerpts of songs featured both in the film and on the original Buena Vista Social Club CD; video and audio interviews (and transcripts) with the musicians, Wim Wenders, and Ry Cooder conducted by Betto Arcos and Charlie Rose; an interactive Music Atlas on Cuban music; and a gallery of photos taken by Wenders and his wife, Donata, of the musicians and Havana.