WIRED Science was a weekly science series on PBS, a collaboration between WIRED magazine and KCET PBS/LA.

As KCET’s head of New Media, I was responsible for the WIRED Science website. I was also part of the four-person KCET/WIRED management team.

One of the largest challenges in the making of WIRED SCIENCE was the marriage of two distinct brands – WIRED and PBS. It was a question of design, content and culture. It was also a question of three media: print, TV and the internet.

In the ramp up to the TV series production, we held a two-day “boot camp” at KCET attended by key members of WIRED’s editorial and reporting staff and the editorial and production teams for TV and the website.

The goals: to explore each others’ approach to narrative & visual storytelling, to review the specific production requirements and critical timelines for TV, print and the Internet, and to simply get to know one another. It was a start.

Frequently all this collaboration really clicked. Take for example the story of a Russian cyberattack on the nation of Estonia.

It started with an article in WIRED magazine, “Hackers Take Down the Most Wired Country in Europe” written by Joshua Davis. The article became a featured TV segment, “World War 2.0”, with Josh as an on-camera narrator and with PIC, our outside on-air graphics firm, transforming an image from the magazine into a striking animated bot attack for TV.

The website streamed the TV segment (as it did the entire series), complemented by a web video report also produced with Josh using footage he shot in Russia and Estonia, as well as two sidebar stories “Cybertarget: USA?” and “Botnets for Rent”, written by our online reporters. All parts of the whole came together.

WIRED Science represented the opportunity to live intensely the practice and exploration of science journalism – across media – with serious, smart, talented, creative people. 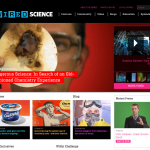 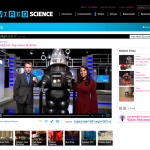 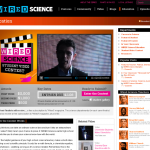 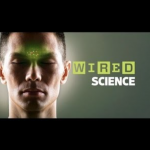