On a Friday night in June, I called my office after seeing some forgotten movie in Manhattan, to find out if I had to report to work. We were monitoring flood levels upstate.

I was told I had a reservation early the next morning on a flight out of Newark to Ithaca, where I was to rent a car and drive to Horseheads, NY for a 10:00 am meeting with my OEP colleagues at the Quality Court Motel on Route 17. I wouldn’t get back to NYC for two months.

When we arrived in Horseheads on Saturday morning, June 24, there was no electricity, running water or telephone service.

My job (as OEP, Individual Assistance Officer, NY) was to make sure that by Monday morning: 1) a One-Stop Assistance Center for flood victims was up and running at Horseheads High School, and 2) the high school was converted into offices for over 20 national and state organizations working on recovery.

Using a portable phone on loan from the National Guard, I managed to get GSA to deliver on Sunday, office supplies (from desks to paperclips); Xerox in Binghamton to drive over a tractor-trailer replete with multiple Xerox machines run via generator and leave it parked in the high school parking lot for the duration; and a local radio station to advertise that we were hiring administrative assistants and that interested candidates were to show up at the high school Sunday morning for typing tests to be given by the secretary to Horsehead High’s principal.

The Assistance Center and government offices were open at 8:00 am on Monday.

Over the next few days four additional one-stop centers were opened and one mobile center (a bus) was visiting smaller communities.

At the Centers, immediate assistance was available from the Red Cross, Salvation Army, Helping Hand and the Mennonites, among many others. You could also apply for temporary housing assistance (HUD) and small business loans (SBA) and talk to representatives from the Veterans Administration, the IRS, etc.

We, the small OEP team from NYC who were mostly engineers, worked nearly everyday for two months.

My final task was to move recovery operations out of the high school (before their classes started in the fall) into a new location that would serve as offices for the organizations staying to oversee rebuilding efforts. I started graduate school in September. 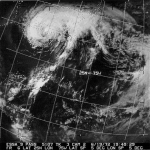 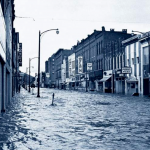 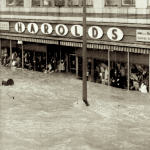 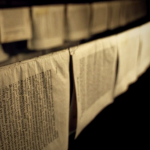