A Place of Our Own & Los Niños en Su Casa

The series, “A Place of our Own” and “Los Niños en Su Casa” on PBS, were created for parents and caregivers of children 5 years old and younger. Each half-hour episode presented practical advice on raising children to be socially, emotionally and physically ready to enter and succeed in school.

My role: executive producer of the websites.

The task was making two daily updating, easy-to-use, accessible websites, one in English and the other in Spanish, for two daily TV series that shared topics and activities, but had different hosts and guests.

The challenge of the digital version of Place and Niños was reaching and engaging its intended audience of informal caregivers, who spoke English or Spanish or both, who may or may not have had access to a computer or were computer literate.

Importantly, funding was available for testing TV formats and the website prior to production. Testing of the website with four different user groups proved critical.

I hired the firm, Hello Design in Culver City to help us solve the complex design and development issues. They built extremely well-made sites that worked smoothly for both visitors and us (on the backend.) The CMS was elegant and only seemingly simple.

The main content features of “A Place of our Own” and “Los Niños en Su Casa”:

Bulleted summaries of the TV conversations amongst child care experts; one to two video field pieces per episode (educational activities and best practices); an extensive archive of the ever-growing conversations and video organized by topic area; active message boards for caregivers moderated by early childhood education specialists; and, a button in the upper right corner of each page that allowed the site visitor to toggle quickly between pages on the English and Spanish sites.

Initially the English language site had four times the traffic as the Spanish language site. Within less than a year and a half from launch, the “Niños” traffic was double that of “Place” and held there for the life of the series.

Interestingly, based on 2008 numbers, the series’ fourth year, 72% of Niños site visitors were international: Mexico (22%), Central and South American (35%) and Spain (7%). 88% of Place visitors were domestic. Note: The TV series were only broadcast in the U.S.

“A Place of our Own” and “Los Niños en Su Casa” were produced by KCET in association with Sesame Street and 44 Blue Productions. 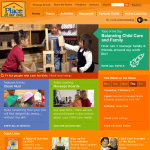 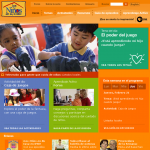 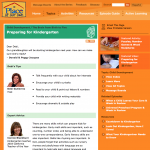 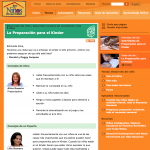 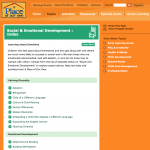 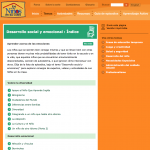