Together the British Film Institute and Channel Four Television conspired to bring me to London to work for both organizations. They succeeded. For a year I had a desk at BFI and Channel 4, conveniently within walking distance of one another.

Britain’s Channel Four Television hired me to curate a New York City-wide tribute to the Channel for its innovative arts programming and productions.

Channel 4 was just 3 1/2 years old, when I was hired, and in the process of shaking up the creative communities in Britain thanks to its parliamentary brief: “to encourage innovation and experiment in the form and content of programs,” to take “a substantial portion of programs broadcast” from sources other than ITV companies, and to widen the range of its programs to include “interests generally not catered to by TV.”

The edge and excitement of Channel 4 had crossed the Atlantic and reached into the creative communities in NYC. This “coming out party” or C4 showcase was based at the Museum of Broadcasting. Our partners included the Museum of Modern Art, Film Forum and WNET.

I curated the screenings and panel discussions and created an archive of over 200 titles to live at the Museum of Broadcasting. We had overflow crowds for everything we did. It was a stunning success.

BFI hired me to research the state of funding for independent video production in the UK.

The British Film Institute was and still is a major funder of independent British cinema. When they hired me, the BFI Production Board was exploring whether or not they should/could support the work of video artists and producers.

After extensive conversations with video and filmmakers, funders, philanthropists, arts organizations and media companies across the UK – and a foray into financing strategies, I submitted my report. I recommended that the British Film Institute support video production.

They then requested that I design an operational structure within the BFI to oversee this new initiative. I did, and they asked me to continue working with them as head of the new video program. 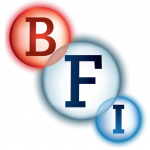 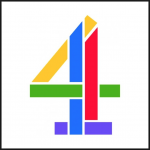